By June A. Schroeder, RN, CFP®

Tick Magnet:  I was bitten by three deer ticks within a ten day period!  I’m not sure how long they were in my skin.  Deer ticks are smaller than wood ticks, making them hard to see.

Two ticks commonly found in Wisconsin are the blacklegged (or deer) tick and the dog (or wood) tick. The blacklegged tick can transmit Lyme disease and several other nasty illnesses.  Lyme disease is the most commonly reported pest transmitted illness in the U.S!

I was put on antibiotics for two weeks.  They were hard to get out and the heads were still in me when I went to the doctor.  (He told me not to try to take them out by myself in the future!)

Ticks are unable to jump or fly and usually attach at ground level. They crawl onto animals or people as they brush against vegetation. Tick exposure is greatest in wooded areas, especially along trails and fringe areas.  I was pulling garlic mustard when the ticks found me even though I had on long sleeves and pants, etc., but I didn’t have my shirt tucked into my waistband.

This chart shows the ticks 4 times larger than they really are. 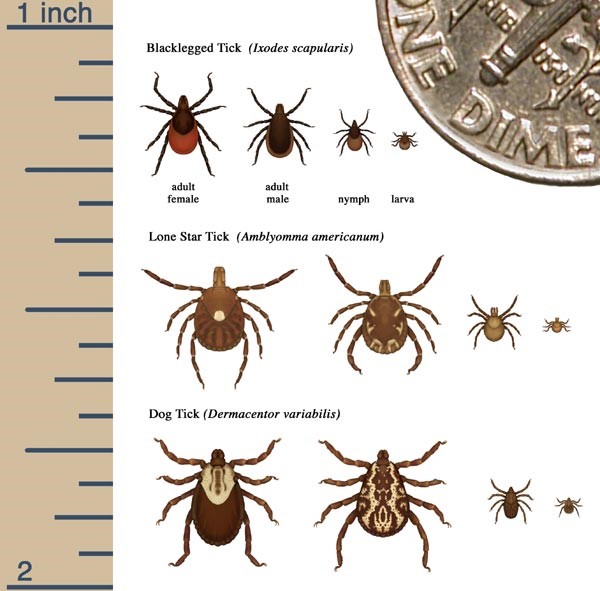 According to statistics from the U.S. Department of Transportation, airlines collected as much as $4.4 billion in baggage fees in 2017.  That compares to $4.2 billion in 2016

A useful website for travelers in the stormy season ahead is www.SPC.NOAA.gov where thunderstorm, tornado and other severe weather is forecasted.

Strong dollar/weak dollar:  Last year the dollar dropped about 12% against the euro. It hasn’t rebounded yet, so travel there is more expensive.  Try a few other places where the dollar remains strong: Philippines, Vietnam, and New Zealand to name a few.  Mexico is cheap but carries many caution warnings about certain areas from https://travel.state.gov/content/travel/en/traveladvisories/traveladvisories/mexico-travel-advisory.html.

Americans only take about one half of their allowed vacation days according to research by www.Glassdoor.com  , an employment and recruiting site.  This in spite of the fact that vacationing boosts productivity and even planning one increases happiness.

June 14 is Flag Day and was established in 1949 as a national holiday, but not a federal holiday.  It is only an official holiday in the state of Pennsylvania which is where according to legend Betsy Ross sewed the first flag. 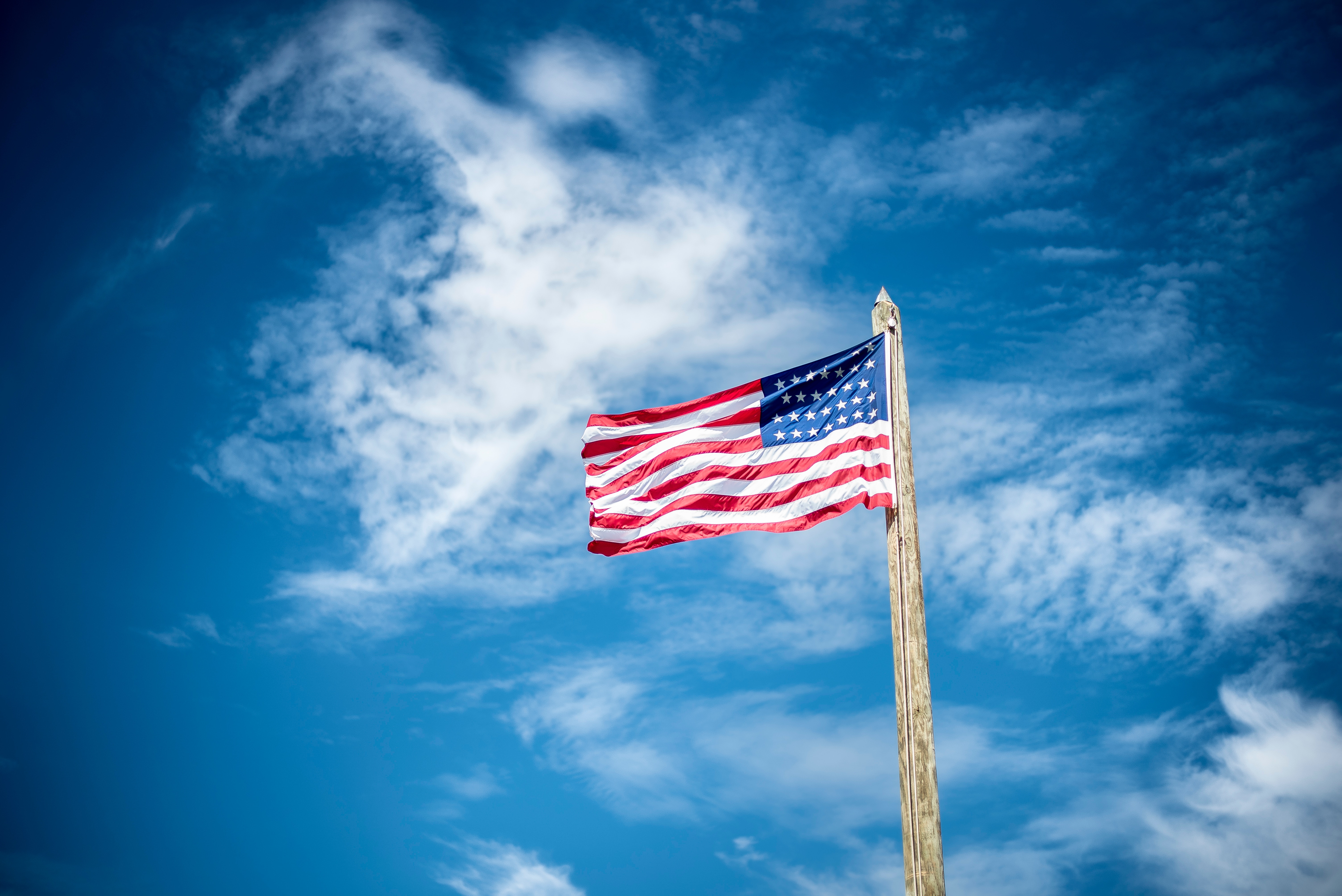 Although the numbers have changed a few times, today’s flag has 13 stripes in honor of the original 13 colonies and 50 stars to represent the states of the union.  The alternating red and white stripes and blue background signify the following:

Red for hardiness and valor

White for purity and innocence

Blue for vigilance, perseverance, and justice

Have A Great Summer!  From All of Us At Liberty Financial Group, Inc.